Cities, like all other places of human development, should no longer be apprehended as continuous, sprawling entities. Generalized urban growth is no longer a forgone conclusion. Forty years later, the No Stop City concept, developed by radical Italian movement Archizoom, no longer seems in phase with current ideas and practices related to urban spaces. Even the more recent Generic City and Junkspaces concepts – developed by Rem Koolhaas, Stéphano Boeri and Sanford Kwinter as part of their research into urban change and unstable geography [2000] – are no longer capable of adequately analyzing the latest mutations of the contemporary city. Over the past few years, months or even days certain city squares have found themselves transformed into new agoras where inventive solidarities and unprecedented confrontations have emerged simultaneously. New demarcations and borders between worlds have been blurred, whereas others have been refortified. Heterogeneous, mitigated sectors, intertwining multiple, supposedly antagonistic systems, have taken form, whilst elsewhere con ict has arisen. In other places still, dramatic, extraordinary natural disasters have reshaped the urban fabric through wide-spread destruction. The rupture, discontinuity, fragmentation, and confrontation of dissimilar sectors appear to characterize the present. Our interest will focus on examples of this discontinuity in Warsaw. 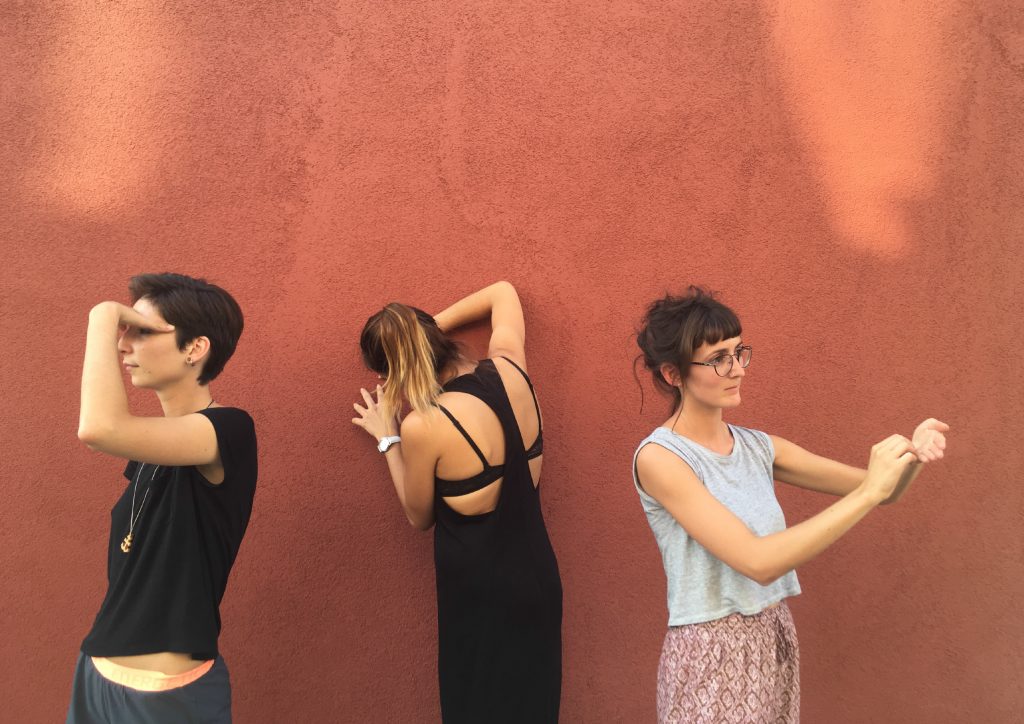 PERMANENCE/TEMPORARY In the city, older forms sometimes sit beside newer forms over vast areas, or more sporadically, in small pockets. These different forms are at times interconnected or juxtaposed, creating areas whose moments of creation can be both identifiable and opposed, or merely contrasted.

PLANIFICATION / SPONTINEITY Planned urban development, and by opposition spontaneous urban development, have generated urban forms that are fractured, with improbable faults, blurring and telescoping. Sometimes, planning latency allows little or hardly defined places to come to the fore, as well others that appear to be waiting for something. Studying the city from different scales of observation – from the micro-space to a region – also allows for holes in urban evolution to appear.

INVENTION/RE-APPROPRIATION Urban practices are generated by the form of the city, but also arise from an adaptive system linked to the rhythm of the city and the needs of the different personalities that inhabit it. They are thus invented and reformulated permanently through the re-appropriation of planned, built spaces.

INSTITUTIONAL/ALTERNATIVE The urban landscape has always been linked to the manners in which it has been – and is being – represented. Depending on the given political, social and artistic contexts, the city produces material and immaterial representations that are sometimes complimentary, connecting or annulling. All urban communities produce multiple divergent representations which formulate the city: this is the urban narrative, which is equally as important for the construction of a city as its spatial evolution.

The workshop proposes an analysis of constructed situations extracted from the urban conglomeration of Warsaw, using one or several of the filters exposed above. We also aim to produce detailed research on these exemplary urban situations using these sites as a starting point. The expected productions will belong to a variety of approaches to the material and immaterial fabrication of the city: urban design, landscaping, architecture, design, scenography, graphic design. The scale of work will go from the object to the Warsaw landscape itself. At the end of this workshop, work shall be exposed, that will demonstrate the issues of Stop City. If each project has its own expression, the totality of the work and its discourse is equally essential. The research will develop in several phases. A first which aims to organize the documentation concerning these « sectors of complexity », will be accompanied by investigative work ranging from photographic and video location scouting, interviews, internet and media document selection, and their analytical description.

A second phase will elaborate programs and proposals for artistic/ theoretical interventions at various scales.

Forms and docs
Here apply and upload your CV and motivation letter (mandatory) and portfolio (optional).

IN CASE OF ANY TECHNICAL PROBLEMS PLEASE SEND THE APPLICATION DOCUMENTS BY E-MAIL: stopcity@asp.waw.pl 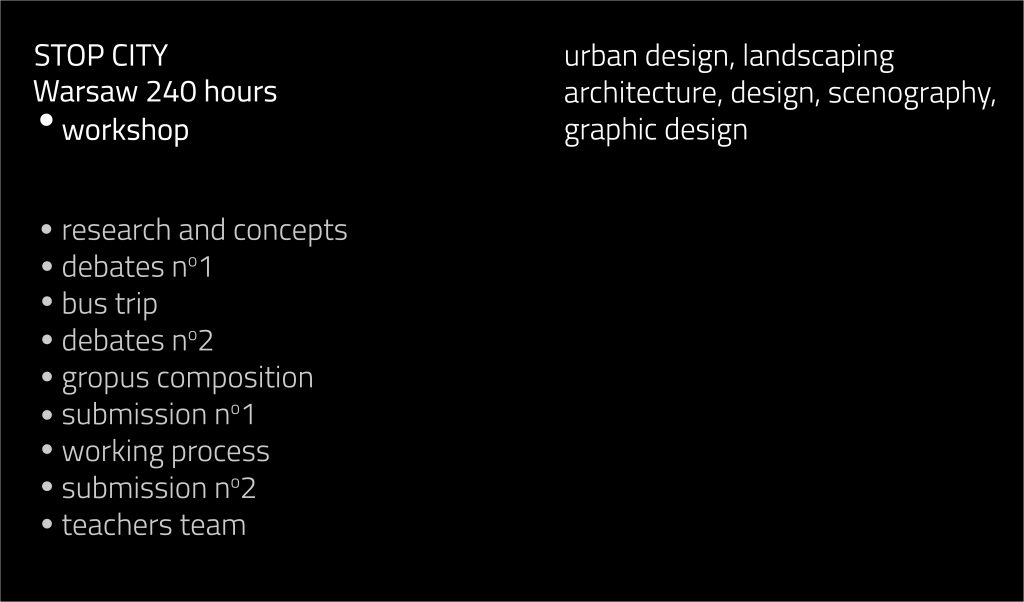